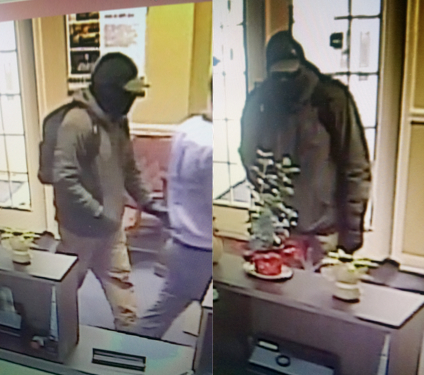 The subject approached the Manager upon opening and appeared to have been lying in wait. The subject is believed to have been working with an accomplish and on a possible blue tooth device at the time. Subject remained inside the branch actively demanding more money from the Manager for an estimated period of 20-30 minutes. The subject exhibited similar features and statements to those associated with the Windsor County South Credit Union on October 18, 2016.

Subject referenced having people watching the establishment. Subject appeared to have local knowledge of the area and took the Manager’s vehicle to flee the scene. Subject is believed to have met up with an accomplish or had a stash vehicle.

At this time the subject has not been located and anyone with information is asked to contact the Springfield Police Department at 802-885-2113.