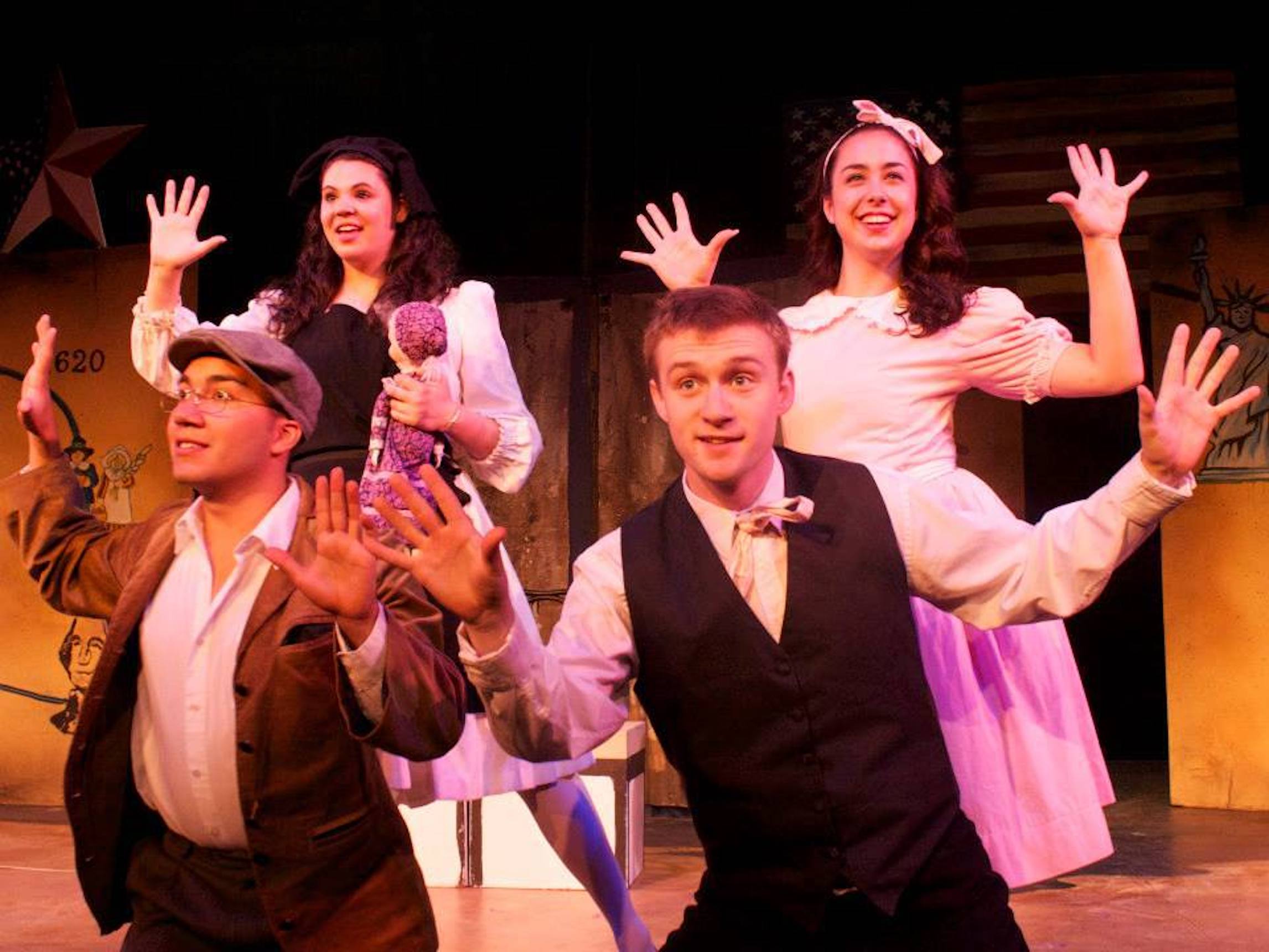 CLAREMONT, NH—At 10:00 a.m., Monday mornings from July 8 through August 12, five professional adult actors from Jean’s Playhouse Children’s Theater Company from Lincoln, NH, will perform original musical adaptations of popular fairy and folk tales on the air conditioned, historic stage of the Claremont Opera House.   Shows run approximately 40 minutes.    IMPACT (Imagination and Music – Professional Artistry in Children’s Theatre) is the professional children’s performance company of Jean’s Playhouse. The company writes and performs eight children’s musicals every summer; each is different and all promise a good time for both you and your kids! Children will love the catchy original songs and wacky characters, all performed by the professional IMPACT actors.

The performances finish with a cast meet and greet with autograph signing and picture taking immediately following the performance.

Show titles and descriptions:  July 8, “The Little Mermaid” – Under the sea magic follows a young mermaid as she looks to discover a world beyond the ocean walls. With the help of an evil sea witch, she is able to cast off her fins for a pair of legs, but she might be in over her head when she realizes the sea witch’s true intentions!

July 15, “The Wind in the Willows” – Mr. Toad’s zany personality leads him and his friends into a wild adventure full of music, mayhem, and one unpleasant weasel! Beyond the comfortable river bank is a giant scary world just waiting for this motley crew, but in the end, true friendship can help them through anything.

July 22, “Tom Sawyer” – For Tom Sawyer and his best friend, Huck Finn, Lazy days of fishing and swimming are constantly interrupted by Aunt Polly’s list of chores. But on this particular day, Tom and Huck decide to skip white washing the fence so they can go on an old fashioned treasure hunt!

July 29, “Lost in Wonderland” – Following a white rabbit leads Alice on a very strange adventure. In a place where up means down and right means wrong, Alice discovers a world filled with a strange smiling cat, a wild tea party, and a Queen whose temper is as red as the hearts on her dress!

August 5, “The Frog Prince” – A spoiled princess learns the importance of keeping promises after accepting the help of a nearby frog. In a kingdom filled with magic, not everything is what it seems, and no one should judge a book by its cover … or a frog by its webbed feet!

August 12, “Jack & The Beanstalk” – Young Jack is heartbroken when he must sell his best friend, a cow, at the market. But when a mysterious man trades magic beans for the cow, it opens up a world larger than life where Jack can go on adventures beyond his wildest dreams.

Tickets are $6 and can be purchased at the door the day of the show at the Claremont Opera House.  Seating is general admission.   Groups are advised to call ahead and ask for a section to be reserved for them.   More information for upcoming shows can be found at www.claremontoperahouse.org.  Phone: 603-542-0064