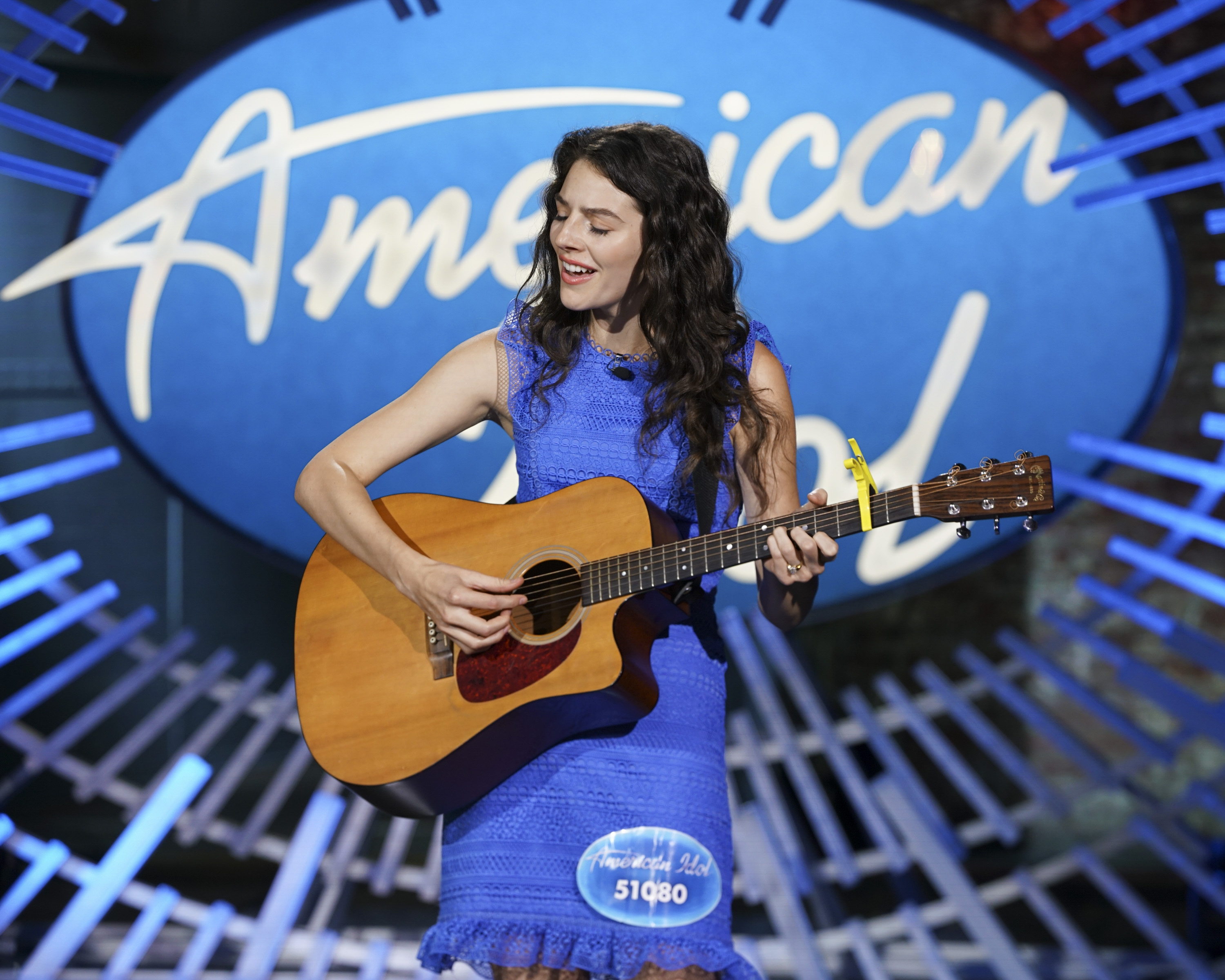 CLAREMONT, NH—Area fans, and even those who are not regular viewers, of “American Idol” will have an extra reason to tune into the program on Sunday, March 17: Claremont resident and singer Evelyn Cormier will be auditioning before this season’s star-studded panel of judges.
Cormier, 20, said that auditioning on “Idol” had not been a goal of hers, even though her friends had been encouraging her to do so. “It wasn’t something I wanted to do,” she said, admitting the whole idea was a bit scary. But as so often happens in life, one thing led to another, and the opportunity “landed in my lap” said Cormier in a phone interview arranged by Superjuice, a communications agency with offices in New York, Beverly Hills and Atlanta handling “American Idol” press relations, on Friday. The experience was “definitely nerve-wracking,” she admitted, made more so by the fact that she had arrived for the auditions, held in New York City, early in the morning and ended up being the “2nd to the last” contestant that day. Cormier said waiting all day just added to her nervousness as she bided her time. Contestants were able to order food via Uber Eats during the day while they waited. “That was pretty helpful,” she said.
This year’s panel of judges includes Katy Perry, Lionel Richie and Luke Bryan. “It was intimidating,” said Cormier, when asked what it was like to perform before the judges. Although there were lots of people in the room, camera people and others who make the show work, Cormier said that after a bit, she didn’t even notice all the activity swirling around her.
Cormier has been involved with music pretty much all of her life, having started taking violin lessons at the age of 4. Those continued for seven years. “I’ve always loved to sing,” she said, although early on, her family thought she should continue the music lessons and turned thumbs down on singing. “I was the worst violinist ever, “ she laughed, and as her violin teacher was also a vocal coach, she finally got a chance to try her first love. “She felt I had talent and was the first person who encouraged me.”
Eventually her father taught her the guitar. She has sung with the Lake Sunapee Baptist Church and began writing her own music as a teen.
To date, Cormier has released a number of songs. Her first recordings were done in a home studio; now she is working with Rocking Horse Studio in New Hampshire, with producer Brian Coombes. “He is awesome,” she said. “He believes in my talent.” Cormier, whose father and brother provided the music for her early work, is now working with studio musicians since connecting with Rocking Horse Studio.
Cormier describes her music as having a soulful melancholy style, and her voice has been described as “deep and rich”. Her influences are eclectic, from The Cure, Lana Del Ray, The Cranberries, Dinosaur Jr, to Elvis Presley. Her Debut EP, “Ghost”, includes “Champagne”, “Got To Be Gone”, “Kind Eyes”, “Carte Postal” and “Let It Run”. She has also released six singles: “Lost”, “Eyes”, “Nickels and Dimes”, “A Little Wild”, “Window Pains” and “Yard Sale Guitar”. Her official video of “Let It Run” was shot in Claremont and Unity. Her music is available on Amazon, Bandcamp and CD Baby.
Although, for obvious reasons, she was not allowed to comment on how her audition went, Cormier did reveal that she sang “Wicked Game” by Chris Issak.
Cormier’s name may be familiar to some. She appeared on TLC’s “90-Day Fiance” a couple of years ago, where her relationship (and marriage) with David Vázquez Zermeño of Spain was profiled.
Cormier continues to live in Claremont, although she often has to travel to L.A. for her music career. “I plan to stay in Claremont as long as I can,” she said fondly of her home town.
“American Idol”, now on ABC, airs at 8:00 p.m.
For more information, visit evelyncormier.com.