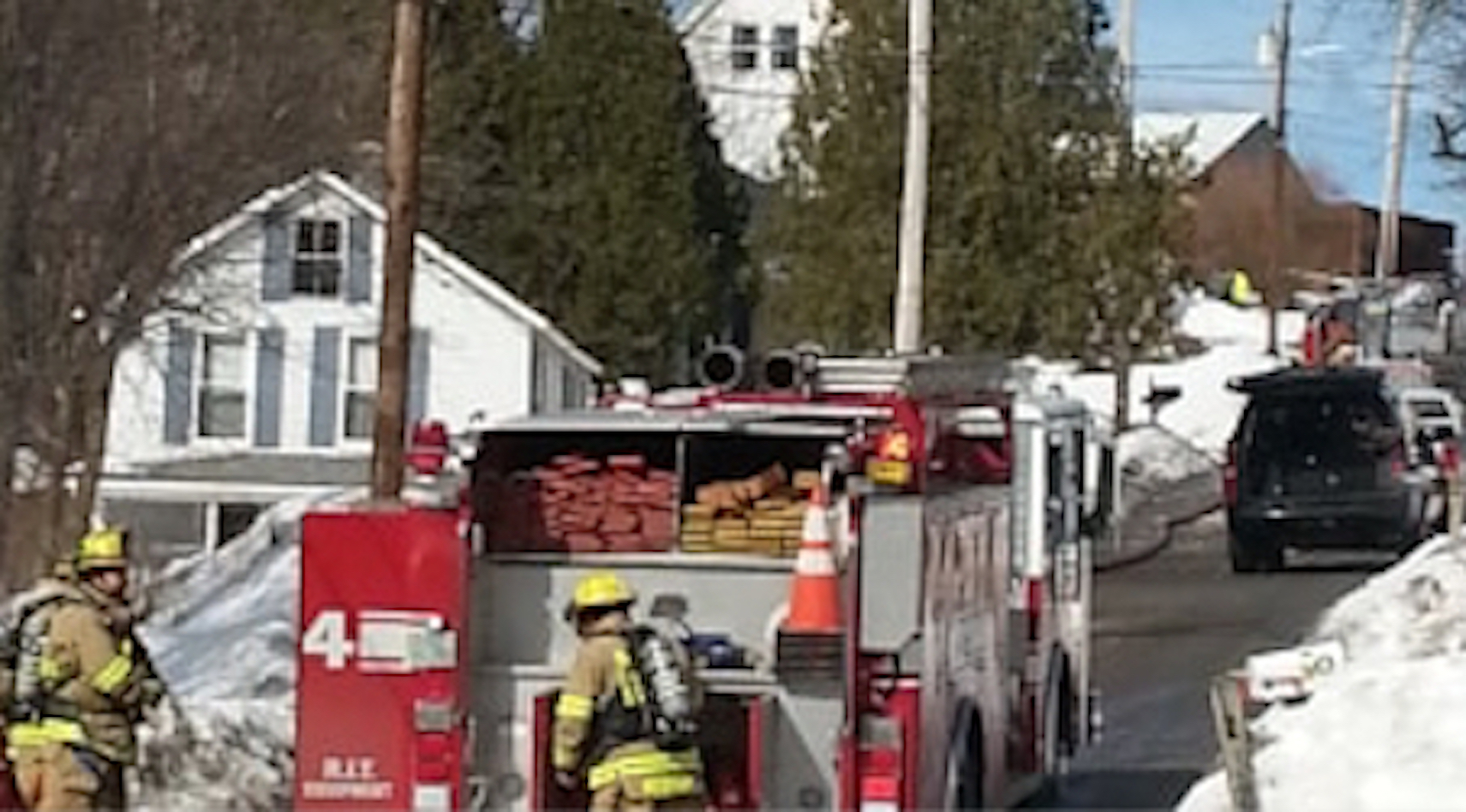 Newport Fire assisting at the scene in Claremont (Courtesy photo).

CLAREMONT, NH—The Claremont Fire Department responded to a reported basement fire of a single-family home located at the address of 44 Davis Street on Sunday. The call was dispatched by Claremont Safety Services Dispatch Center at 1335 hours. First arriving crews were on scene at 1339 hours and reported heavy fire from the lower level of a raised ranch style dwelling. A general alarm was struck requesting all personnel to respond to the scene. The alarm also automatically requests mutual-aid from Newport, Ascutney and Cornish Fire Departments.

The initial responding crew were able to knock down the bulk of the fire quickly, preventing the fire from spreading and confining it to the basement area, said Claremont Fire Chief Bryan Burr. Smoke and heat did cause damage to the upper story. The fire was reported to be under control at 1348 hours. A resident couple were home at the time of the fire; neither was injured. The home will need moderate repairs before it is habitable, said Burr.
The police department blocked the street off from the public. Golden Cross Ambulance provided on scene coverage while fire crews worked.

A cause has yet to be determined but is not believed to be suspicious. This was the second multi-alarm fire reported in the city in four days. On Thursday, the fire department was called to the scene of an attic fire on Foisy Hill.