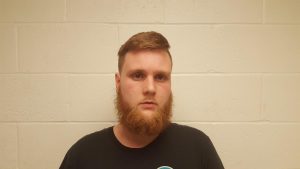 Capt. Mark Chase of the Claremont Police Department said that “The arrest of Mr. Dulong was the result of an investigation of an overdose of heroin in Claremont on August 22, 2016. Claremont Police, along with Claremont Fire as well as Golden Cross Ambulance, responded to an overdose call. Several doses of the drug Naloxone, also known as Narcan, were administered to the patient and this person was revived and ultimately transported to Valley Regional Hospital. This person then received treatment for the overdose and survived the overdose of the drug.”
Claremont Police investigated this incident which led the police to apply for an arrest warrant for Dulong as well as a search warrant for his residence in Claremont. Dulong was located and arrested. Claremont Police also completed the search of his residence and said they located approximately 800 bags of suspected heroin, which has a street value of over $8,000. “We also seized other prescription medication. Officers also seized over $5,000 cash that we believe to be profits from the sales of drugs, along with a loaded weapon and other instruments that are used in the drug trade,” said Chase.
Dulong was charged with Sales of Heroin as well as Possession of Heroin. Claremont Police continue to investigate the trade of heroin and illegal drugs in the community and expect additional arrests.
Dulong was arraigned in the 5th Circuit Court-District Division Claremont Court and he was given a probable cause hearing date of August 29, 2016 at 1:00 p.m. Bail was set at $25,000 cash.