Update:  The NH State Police have confirmed that Sheila Brodne is deceased.  A NHSP Tweet on Friday said that she had been located.  No details are being released.

On May 17, 2016 at approximately 9:40 p.m., Troopers from Troop C responded to a residence in Acworth, NH, for the report of a missing female. The responding Troopers made contact with the residents and learned that at approximately 2:00 p. m. Sheila Brodne, 57, South Acworth, NH, left a note for her husband that she went shopping in the Keene area. Troopers initiated an investigation and canvased the area, but have been unable to locate Brodne or her vehicle. 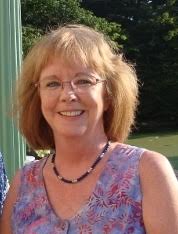 State Police and Bronde’s family are concerned for her welfare and are asking for the public’s assistance in locating Bronde and her vehicle.

No foul play is suspected.