CLAREMONT, NH–On August 18, the Claremont Police Department responded to US Cellular on Washington Street for a report of identity theft. On arrival responding officers spoke with employees at the retail store and learned that Ashley Vidal, 22 years old, from New York, had entered into US Cellular and requested to open an account and to purchase a phone to be attached to the account. As employees assisted Vidal, they grew suspicious and called the Claremont Police. Responding officers found that Vidal was in possession of a fraudulent Wisconsin driver’s license depicting her photograph with a different name and date of birth. Vidal was also in possession of a credit card with the name applied to the card that was applied to the Wisconsin driver’s license. 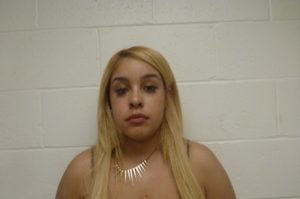 Vidal was arrested and charged with Identity Fraud which is a Class A Felony as well as Possession of a controlled drug which was filed as a Class A Misdemeanor.   Vidal was processed at the Claremont Police Department and brought before a bail commissioner. Vidal was held at the Sullivan County House of Corrections after receiving a $20,000.00 cash bail. Vidal was arraigned in the 5th Circuit-District Division-Claremont Court on Friday, Aug. 19. Bail was reduced at arraignment to $1,000.00 cash.

Vidal is scheduled to appear in court for a probable cause hearing on August 29 at 1:00 p.m.