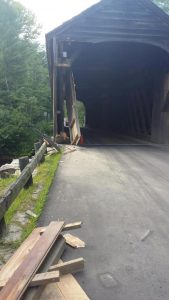 At this time the Newport Police Department is asking anyone who may have witnessed the accident or who has information to come forward. Information about this incident can be reported anonymously by contacting the Connecticut Valley Crime Stoppers at ctvalleycrimestoppers.org or by contacting the Newport Police Department Communications Center at (603) 863-3232.