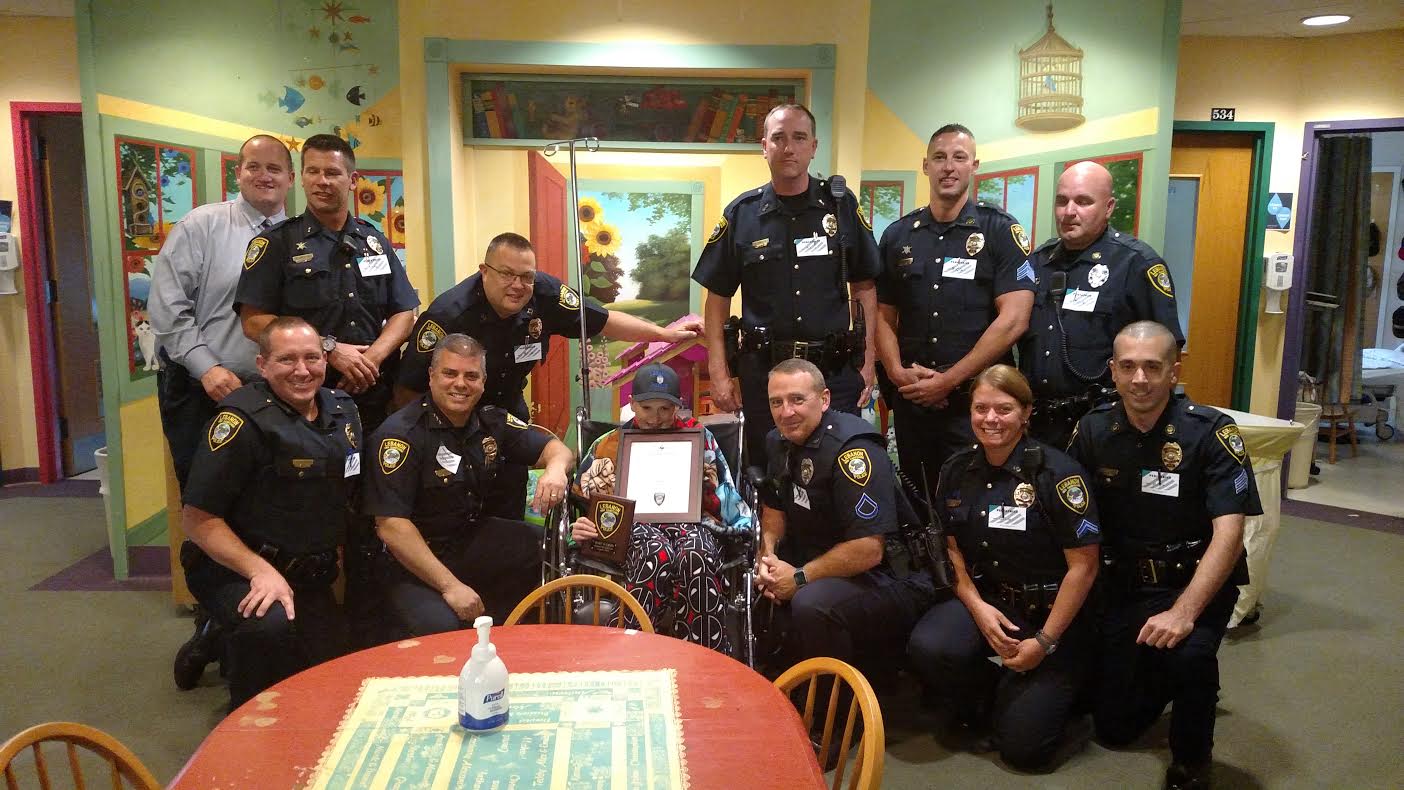 LEBANON, NH–On August 1st, the Chief Richard Mello, Deputy Chief Phillip Roberts, Captain Tim Cohen and members of the Lebanon Police Department conducted a special “swearing-in” ceremony that was held at the Children’s Hospital at Dartmouth Hitchcock Medical Center.
On Sunday, July 24, Lebanon Police Officer Peter Begin was approached at a David’s House Event by Gregg Wilson who explained that his 11-year-old son Gage was currently battling Acute Monocytic Leukemia and was being treated at the Children’s Hospital. Wilson also explained that his son wanted to be a police officer. Begin took it upon himself to advise the shift supervisor of Gage’s interests and situation, which resulted in several officers making a special trip to visit Gage that evening.
Upon learning of Gage and his battle, Mello decided that due to Gage’s courage, bravery and determination, he would be “sworn” as a Special Lebanon Police Officer at a ceremony on August 1st at the hospital. During this ceremony, Gage was presented with a framed “Oath of Office” and a special plaque. The Lebanon Police Officers in attendance found Gage’s courage and determination uplifting and were honored to be part of “Team Gage” and to share the moment with Gage and his family.