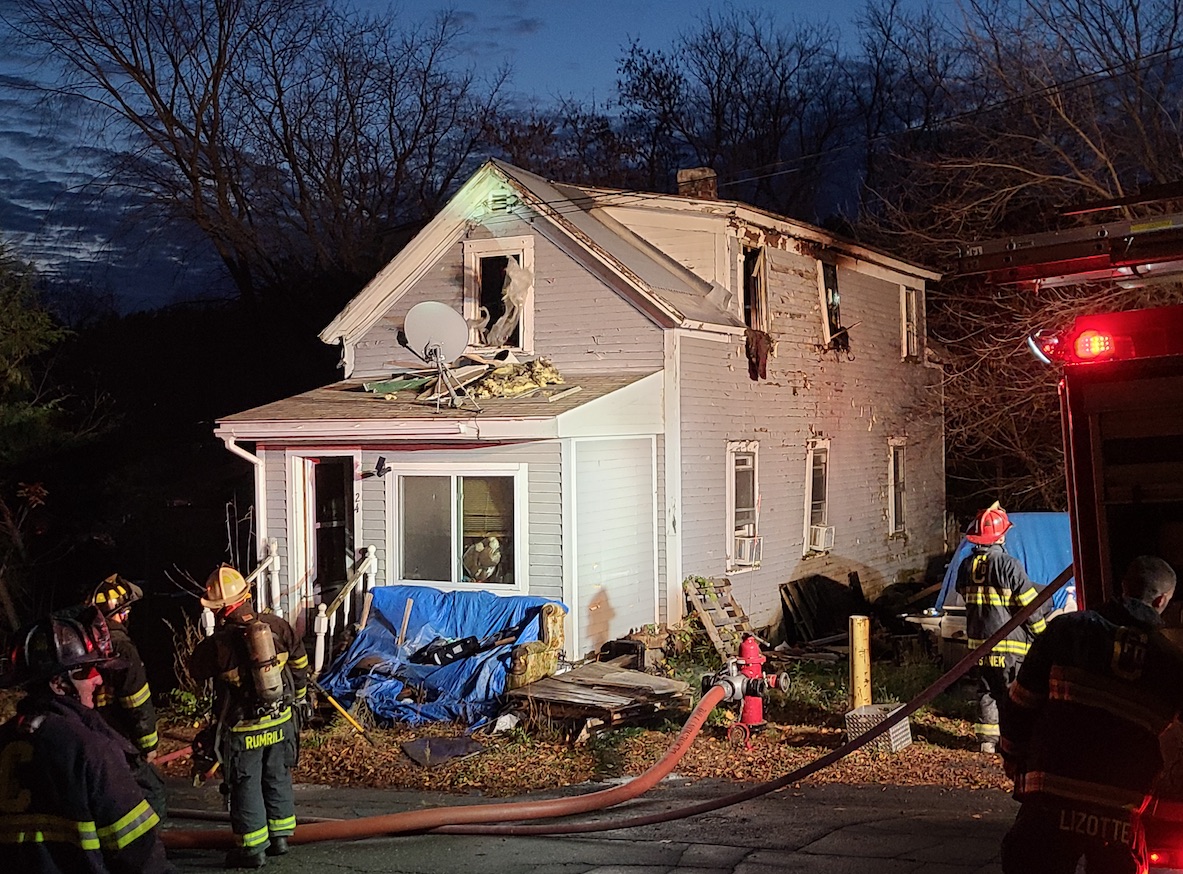 CLAREMONT, NH—The Claremont Fire Department responded to 24 Bellic Street, a story and a half, single-family structure, for a reported structure fire on October 25 at 5:40 PM, as dispatched by Claremont Safety Services Dispatch Center. The department responded with two engines and a crew of four. At 5:44 PM the first arriving engine found fire conditions on both the first and second floors; the structure had extensive fire, smoke and heat damage throughout. The fire was brought under control at 5:58 PM. “The structure was abnormally dangerous as two exterior weight-bearing walls had bowed outward,” said Claremont Fire Chief Bryan Burr. “Due to those safety concerns, crews were limited to three at time entering the structure, slowing the department’s ability to check for extension. The structure is a total loss. Fire crews will remain on scene through Monday morning until the city’s building officials can assess the damage and structural stability.”

Burr reported that no one was home at the time of the fire. Several pets did perish and were recovered by fire fighters. At least three pets did survive. All pets were released to the care of the Sullivan County Animal Control.

The fire has been deemed accidental with the origin being an overloaded electrical circuit.

“As fire departments across the nation closeout fire prevention activities, it should be noted that working smoke alarms are the only defense we have when a fire starts in a home,” said Burr. “This home did not have working smoke alarms. For more information on smoke alarms, call your local fire department. The Claremont Fire Department has a free smoke alarm program, providing alarms for Claremont residents that are owner/occupants of a single-family home. Please call 542-7012 for more information.”
(Eric Zengota photo)