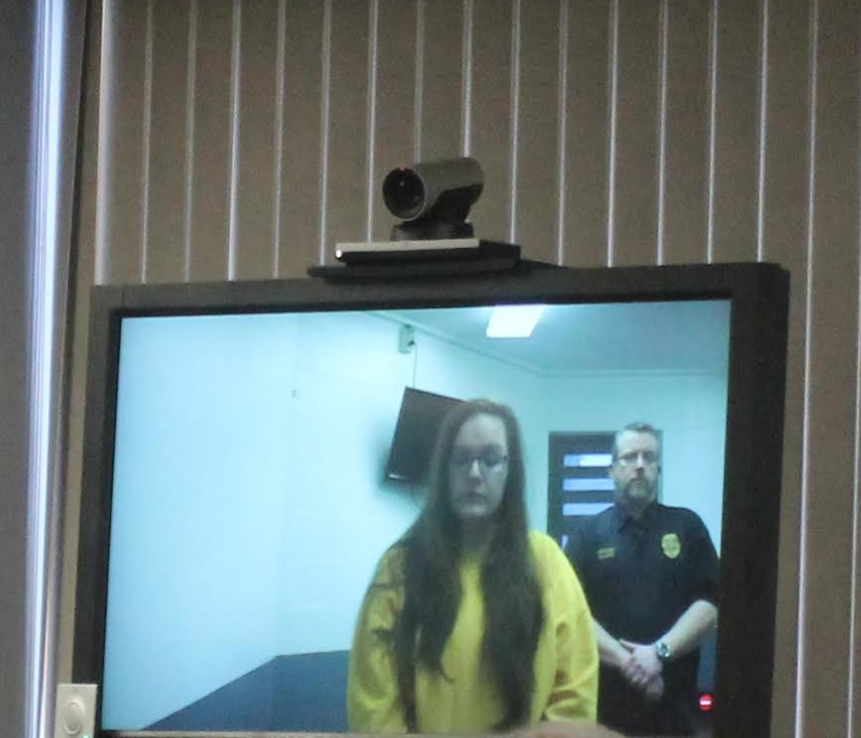 CLAREMONT, NH–Monique Earle, 20, was arraigned this afternoon in the 5th Circuit Court, Claremont District Division, via video conferencing, charged with Conspiracy to Commit Murder and Criminal Solicitation to Commit Murder, both of which are felonies. According to the criminal complaint, Earle was living at a shelter in Claremont where she told another woman that she allegedly wanted to hire someone to kill a woman she blamed for ruining her life. The shelter manager and the police were notified and an undercover police officer from the NH Attorney General’s Drug Task Force was brought in to help with the investigation; according to the affidavit, a meeting was set up between Earle and the undercover officer where she allegedly confirmed that she wanted to kill the woman for whom Earle’s boyfriend has left her. She offered to pay $500 in cash and also offered to include an expensive purse as part of the payment, said the affidavit. Investigators said Earle showed them where the alleged intended target lived and worked.

Bail was set at $100,000 cash only, and Earle is scheduled back in court for a probable cause hearing on Dec. 8.