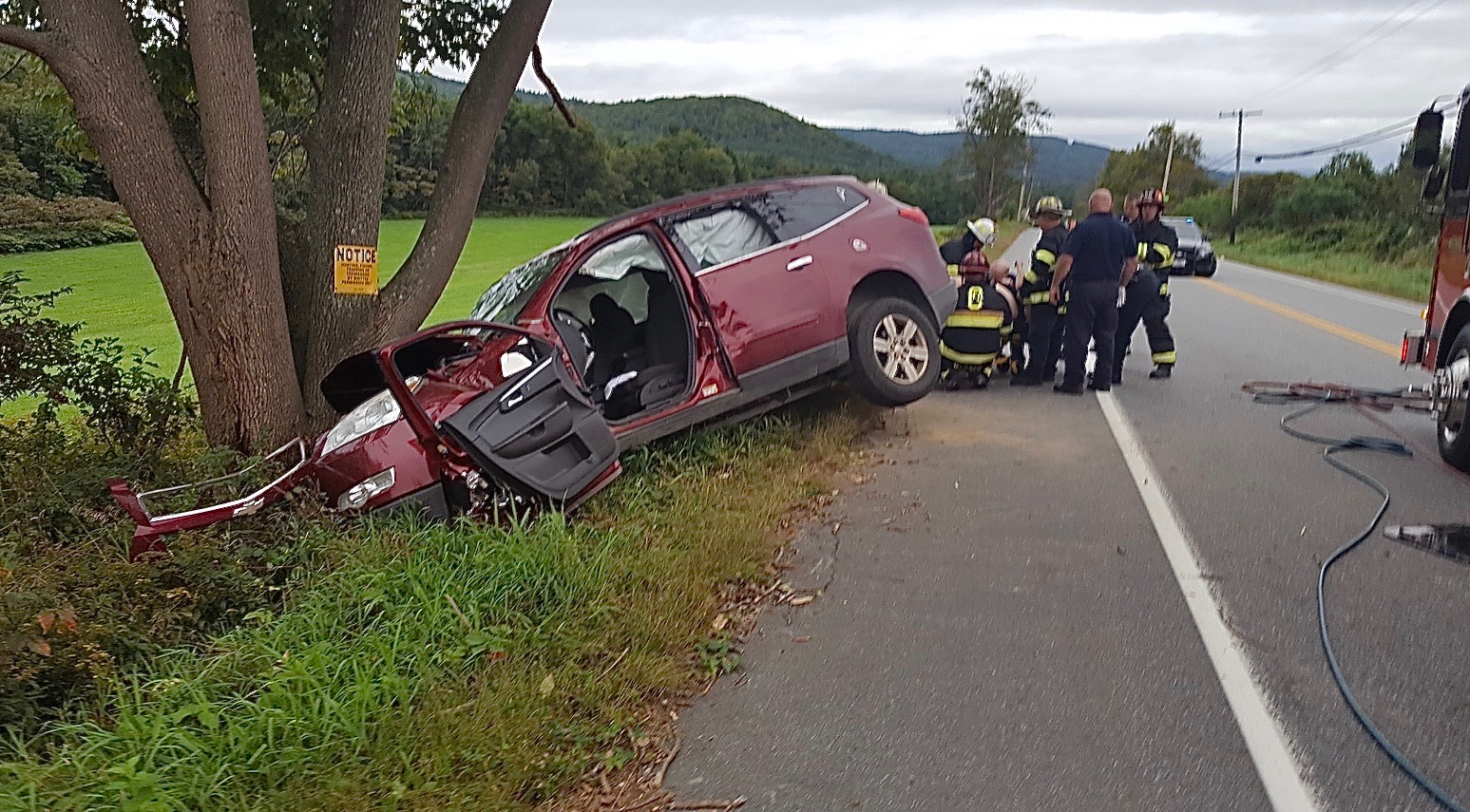 The City’s emergency responders were dispatched Thursday morning at 6:58 AM to the scene of a single vehicle accident. According to Claremont Fire Chief Bryan Burr, “The vehicle left the right side of the road on Route 11/12 (Charlestown Rd) northbound and struck a tree. The vehicle sustained heavy damage to the right front. There was one occupant in the vehicle that was trapped, a female driver who sustained severe lower extremity injuries. Fire personnel used two sets of hydraulic tools to remove the driver from the heavily damaged vehicle. The extrication took several minutes due to the extensive damage. Once extricated and stabilized, the driver was transported directly to Dartmouth Hitchcock Medical Center by Golden Cross Ambulance.

“This was a well-coordinated team effort displayed by members of the Claremont Police and Fire Departments and Golden Cross Ambulance,” said Burr (Photo submitted by Claremont Fire Dept).