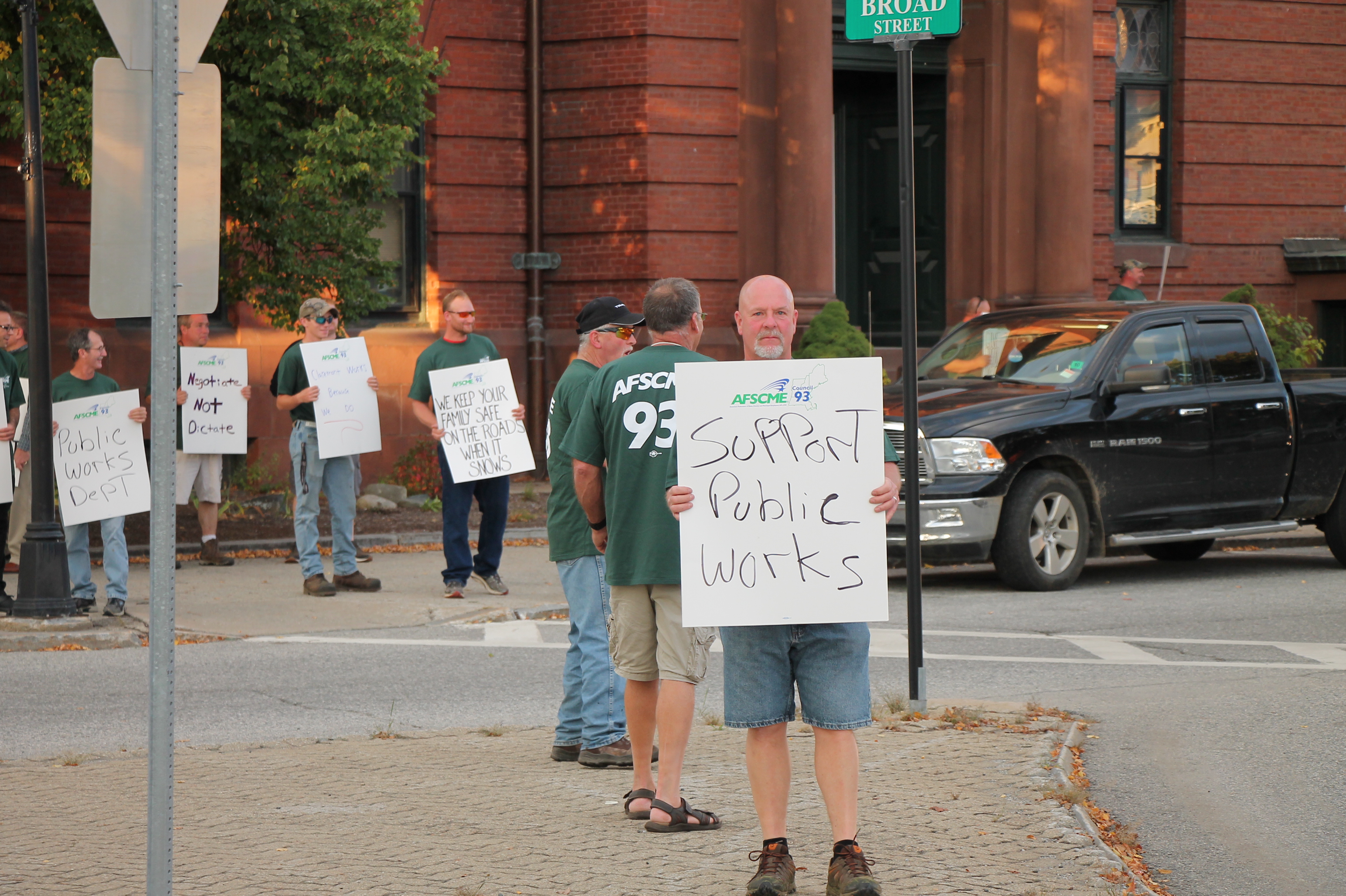 Members and supporters of Local 1348 of the American Federation of State, County, and Municipal Employees (AFSCME) gathered at the Claremont City Council meeting Wednesday night regarding the lack of a new contract. According to members, Local 1348 has been working without a contract since December 31, 2017. Local 1348 represents 42 municipal employees across the City of Claremont. Members rallied for an hour near City Hall prior to the 6:30 p.m. start time of the city council meeting. AFSCME Council 93 is a union of 45,000 public and private sector employees in Massachusetts, Maine, New Hampshire and Vermont. The lack of a new contract was raised before the Council during Citizen’s Forum during last night’s meeting. The union described the issue as being at an impasse, while the City Manager said he was very confident they would be entering into an agreement soon. More in Monday’s issue (Bill Binder photos).