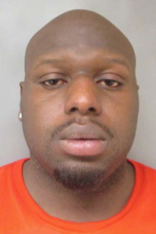 LEBANON, NH–On June 14, at approximately 7:25 p.m., Lebanon Police received a report of a suspicious motor vehicle on Maple Street with two male subjects inside. Responding officers located the vehicle and determined that the male passenger had overdosed on heroin and was unconscious. This male was treated by the Lebanon Fire Department, who administered NARCAN, and transported him to Dartmouth-Hitchcock Medical Center for evaluation.
The driver of the vehicle was identified as Shane Phillips, age 25, of Fairlee, VT. Phillips was found to be allegedly in possession of 13 bags of heroin and taken into custody. It was also discovered that there was an active Electronic Bench Warrant for Phillips as well.
Phillips’ bail was set at $20,000 which he was unable to post. He was transported to the Grafton County House of Corrections pending arraignment on 6/15/16.