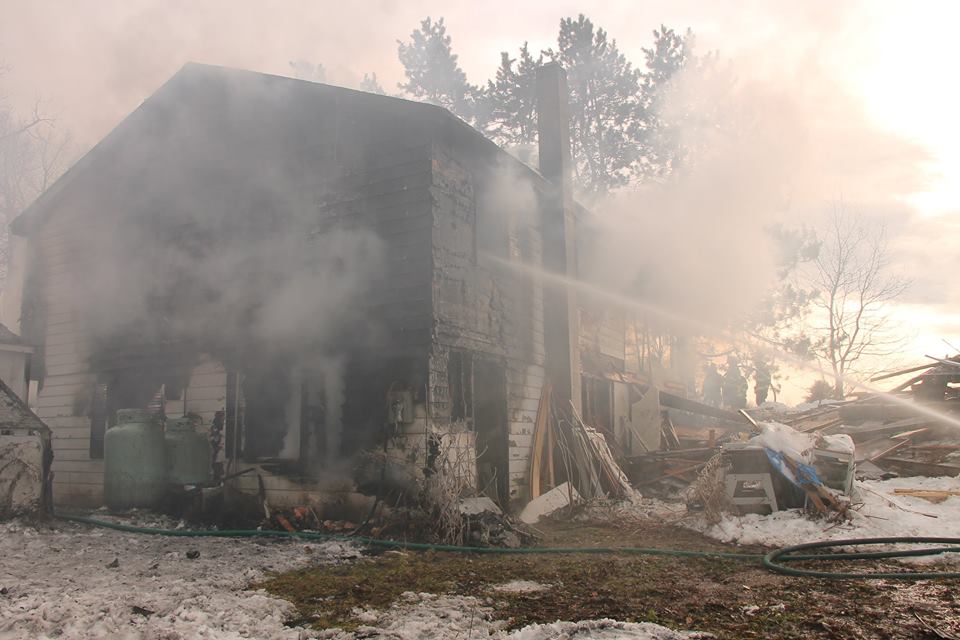 House Destroyed by Fire in Claremont

CLAREMONT, NH–On Jan. 3, at 11:31 a.m., the Claremont Fire Department was dispatched to 293 River Road for a reported basement fire. Initial response was two engines and a ladder truck to include Car-1. On arrival at 11:39 a.m., Car-1 reported a well involved residential structure. “The initial attack lines were deployed defensively as at that point the building was deteriorating to the point that an interior attack would put firefighting crews in harm’s way,” said Claremont Fire Chief Bryan Burr. Initial information from the City’s dispatch center indicated that all occupants had exited the building safely. The fire was deemed under control at 12:33 p.m., but crews spent several hours suppressing the flames and continued extinguishing hot spots. Crews will continue to monitor the scene throughout the night. The fire department was assisted by the Claremont Police Department, Golden Cross Ambulance, Newport Fire Department, Cornish Fire Department and Ascutney Fire Department. There were no injuries reported either by the occupant or firefighters, said Burr. 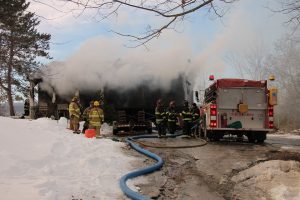 The cause and origin are being investigated by the fire department investigator. As of Wednesday night, it had been determined that the fire did start in the basement in the area of the electrical service panel; an exact cause has not been determined.

According to the fire department, “The home is owned and occupied by Jeffery Dustin. The home is a total loss and was reported to be fully insured,” said Burr. (Bill Binder photos).