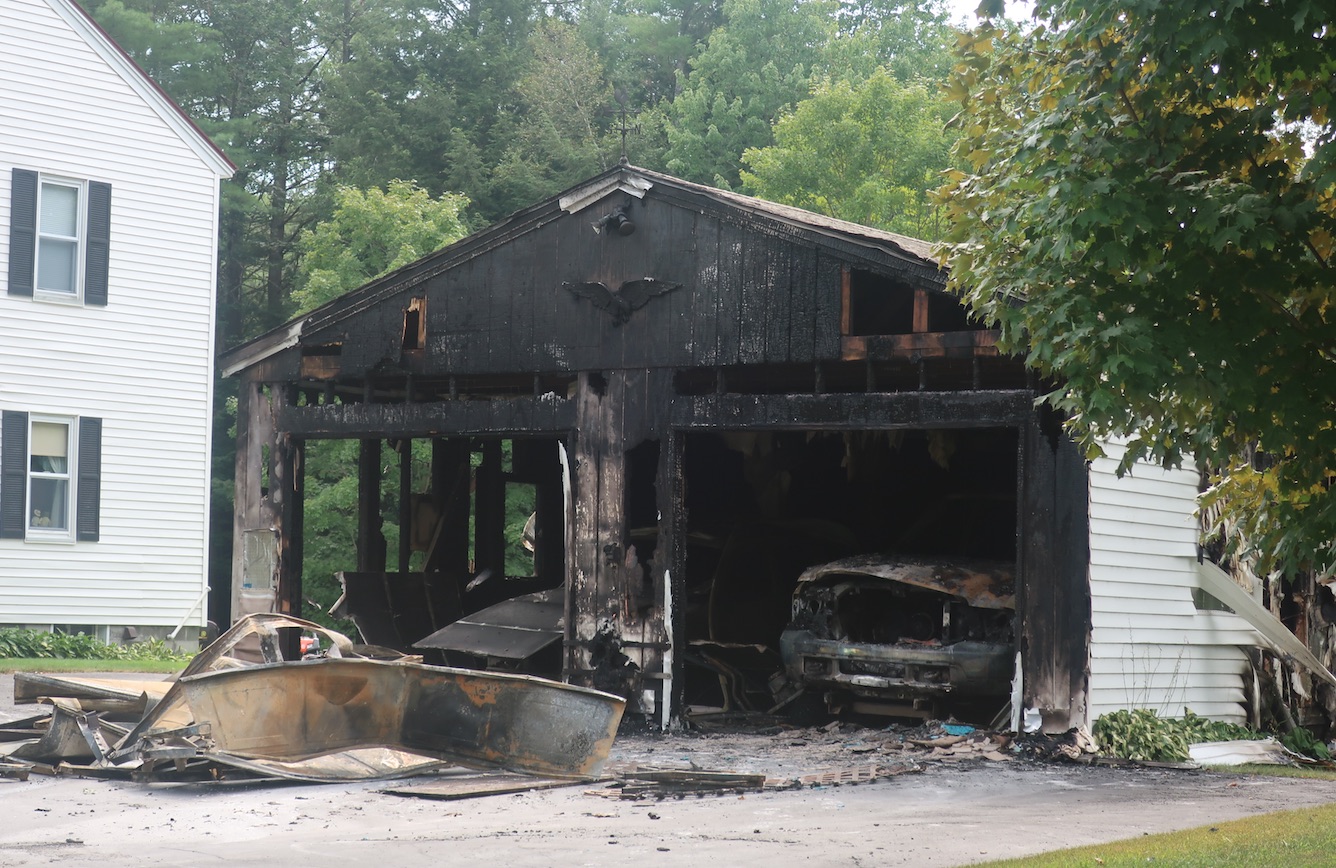 The Claremont Fire Department responded to a reported garage fire at a home located at the address of 40 Bowker Street Thursday afternoon. The call was dispatched by Claremont Safety Services Dispatch Center at 1:39 p.m. According to Claremont Fire Chief Bryan Burr,  the first arriving engine was on scene at 1:43 p.m. along with Car One. Car One reported heavy fire from all openings of the garage.

“A General Alarm Box 100 was struck, requesting all personnel to respond to the scene,” said Burr. Automatic mutual aid was requested from Newport, Ascutney and Cornish Fire Departments. The initial responding crew worked to contain the fire to the structure. The owners were home at the time of the fire. “The home, which was located about 25 feet from the garage, sustained moderately melted siding. No injuries were reported. Golden Cross stood by attending to the occupants until the fire was deemed under control allowing them to return to their home.”

The department’s Cause and Origin Investigator Captain Chris Pixley determined the cause to be combustibles stored too close to a stove that had been in use earlier in the day.

The garage and the two vehicles stored inside are a total loss; all are insured, said Burr.