CONCORD, NH — Attorney General Gordon J. MacDonald announced this afternoon that Ian Kibbe, age 31, of Springfield, VT, pleaded guilty today to one count of unsworn falsification and one count of obstructing government administration in Sullivan County Superior Court. The Court will schedule a sentencing hearing in this matter for January of 2019. 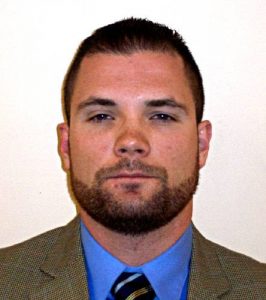 Kibbe’s guilty pleas were entered pursuant to a capped plea agreement wherein the State will argue on the charge of unsworn falsification that Mr. Kibbe should be sentenced to 12 months in the House of Corrections with all but 90 days of the sentence suspended for a period of two years, conditioned upon Kibbe’s good behavior. Under the terms of the capped plea agreement, the defendant can argue for no stand committed jail time. In addition, Kibbe has agreed to forfeit his certification as a law enforcement officer, meaning he can no longer work as a police officer.

On the charge of obstructing government administration, Kibbe will be sentenced to 12 months in the House of Corrections, all of which will be suspended for a period of two years.

On March 28, 2018, Attorney General MacDonald announced that he had initiated an investigation into the conduct of Sergeant Ian Kibbe and Officer Mark Burch of the Claremont Police Department. That investigation was initiated based on information from Claremont Police Chief Mark Chase which alleged that while acting in their capacity as police officers, Kibbe and Burch had falsified documentation related to a search that occurred in late February, 2018. Kibbe was later arrested on April 26, 2018, on one count of conspiracy to commit perjury, one count of attempted perjury, two counts of unsworn falsification, and two counts of obstructing government administration.