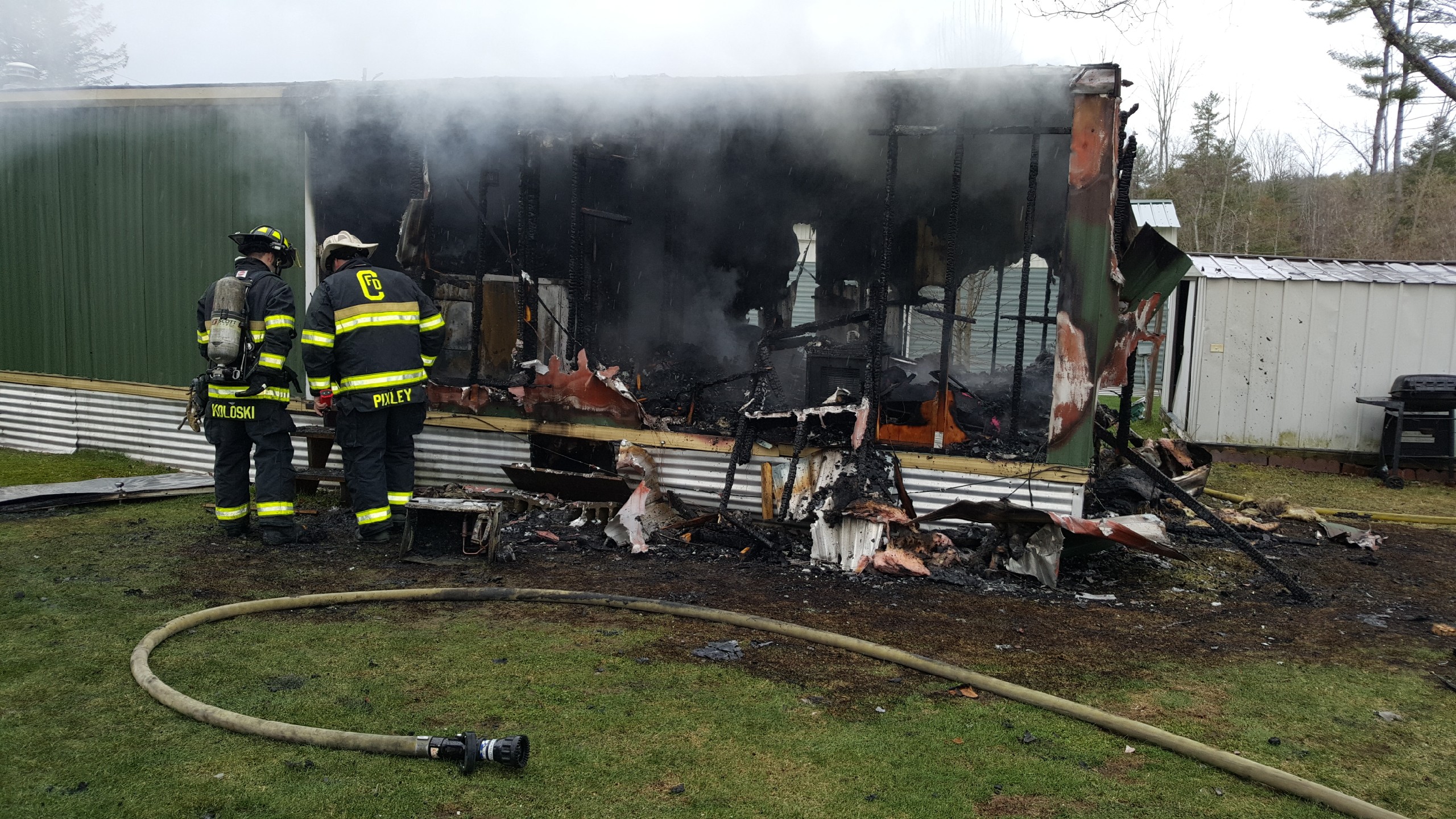 Posted By: Phyllis Muzerollon: May 01, 2018In: Local, News
Print Email

CLAREMONT, NH–The Claremont Fire Department responded to 13 Madison Place for a reported electrical fire on Tuesday, May 1, at 10:16 a.m. as dispatched by Claremont Safety Services Dispatch Center. An off-duty Claremont Fire Captain who was in the area at the time of the call confirmed with the dispatch center that the home was well involved in fire, reported Claremont Fire Chief Bryan Burr.

“First arriving crews faced extensive fire conditions at the rear portion of a mobile home,” said Burr. “The fire was knocked down and deemed under control at 10:35 a.m. All units were back in quarters at 12:42 a.m.”

The home suffered extensive fire damage, including extensive smoke and heat damage to portions not directly affected by flames. The mobile home is a total loss and was reported as not insured. There were no injuries reported, said Burr, although a number of small animals, including rabbits and chinchillas, were reportedly lost.

Mutual Aid was provided by Ascutney Fire, Cornish Fire and Newport Fire. Newport provided assistance at the scene with an engine.

The cause of the fire is electrical in nature as determined by the department fire investigator, said Burr.

This is the second fire in Claremont this week. On Monday, the CFD was called to the scene of a barn fire at 114 Sugar River Dr. That fire was accidental in nature and caused by combustibles and flammables stored too close to a wood fired furnace which was being used to provide heat to the building. That fire was isolated to the interior ceiling. The fire was quickly extinguished but required extensive overhaul and removal of ceiling panels to find and extinguish deep seated embers.