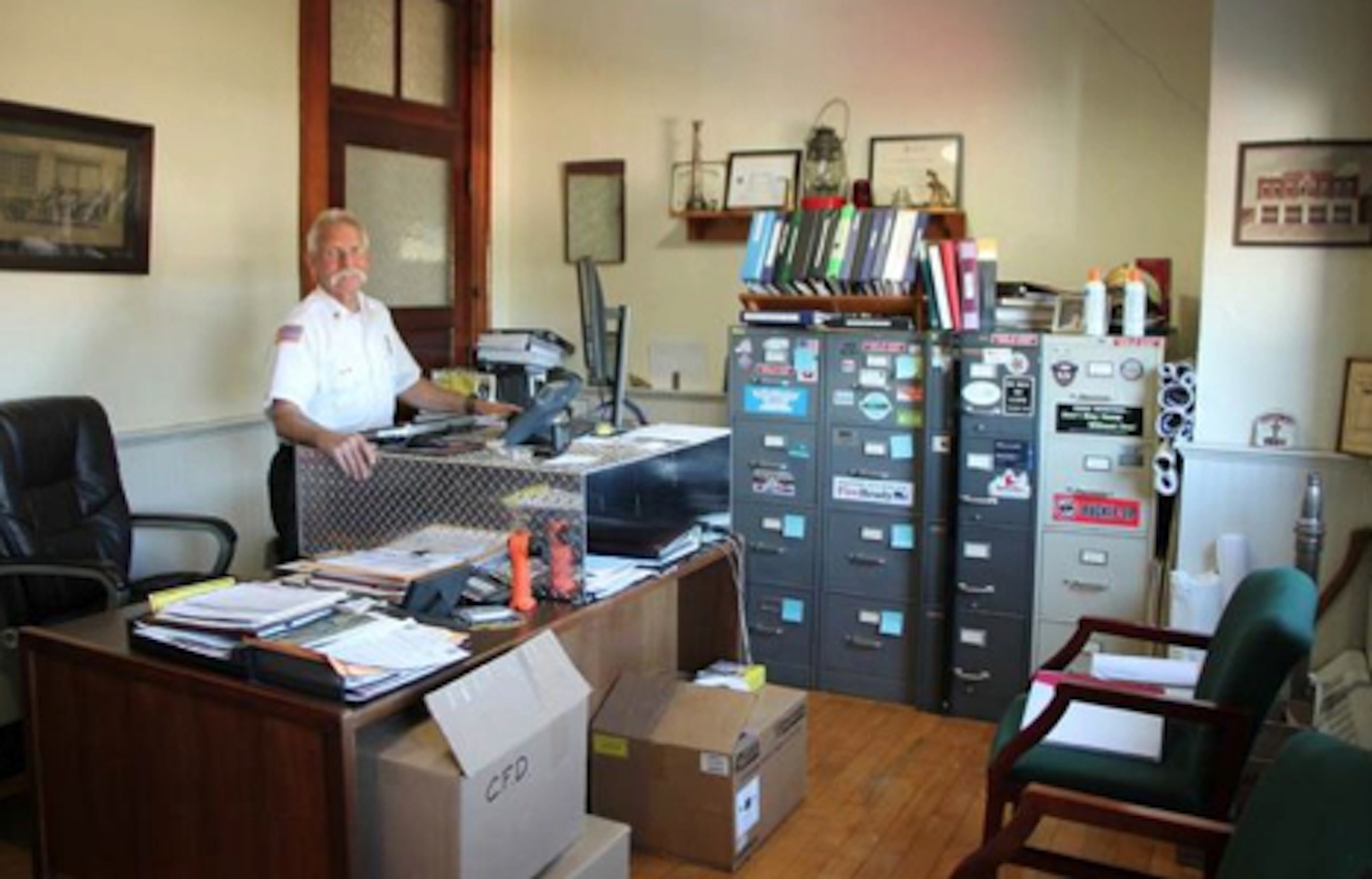 CLAREMONT, NH–After 40 years of service to the Claremont Fire Department, Chief Richard “Rick” Bergeron will be retiring at the end of this month.
“Chief Bergeron was hired as an on-call firefighter in April of 1972,” said City Manager Ryan McNutt. “He became a career firefighter for the department in July of 1977. Over the course of his career he received a number of promotions, holding the ranks of Lieutenant, Assistant Chief and Deputy Chief, prior to becoming Chief in 2011.”
“I am reluctant to retire because I love this job and working with the team we have at the Department,” Bergeron said. “It is time to allow others to move into leadership, but I will miss this every day.”
Some of the major projects and initiatives that have been undertaken during Bergeron’s administration of the Department include: The successful application and award of approximately $856,000 in SAFER (Staffing for Adequate Fire and Emergency Response) grant funds over the years that allowed the City to hire and retain firefighters without impact to the tax rate and the AES wireless fire alarm system modernization project. Bergeron was also instrumental in securing the grant that procured the emergency generator at the Community Center, as well as numerous other grants that have saved tax dollars and have led to increased performance, efficiency, and public safety, said McNutt. Bergeron has also been the manager at the Claremont Airport, overseeing operations and maintenance. Recently, he managed the replacement of a 90-year-old wooden aircraft hangar with a new structure. He has also overseen a number of improvements and upgrades to the Claremont Fire Station on Broad St. He also oversaw the celebration of the station’s 100th anniversary in October, during Fire Prevention Week.
“Chief Bergeron will retire with the knowledge that the Claremont Fire Department and the Claremont Airport are operating at the highest level of professionalism. His leadership will be missed,” said McNutt.
His replacement will be announced at the City Council meeting on the 13th, said McNutt.