LEBANON, NH–On November 18, the Lebanon Police Department received a report of an assault against a patient at Genesis ElderCare Center. The investigation determined that a Licensed Nursing Assistant working at Genesis Eldercare 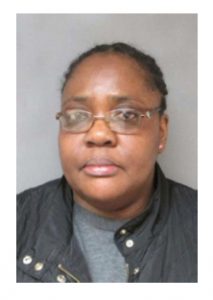 Center had allegedly assaulted an 88-year-old female patient by pouring water over her head and face, and then placing clothing around her head and neck to impede her breathing. The investigation led to the arrest of Kareen McGregor, age 50, of Lebanon, on a warrant.
McGregor was arrested and charged with Second Degree Assault, a Class B felony, and Simple Assault, a Class A Misdemeanor. She was released on $7,500 personal recognizance bail and is scheduled to appear at the Grafton County Superior Court for arraignment on December 4, 2017.