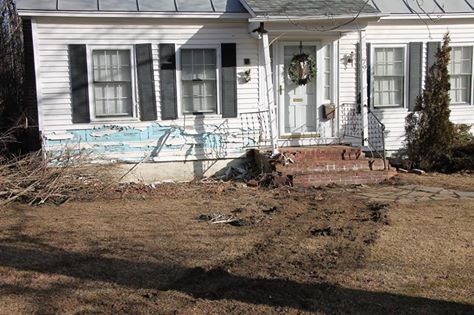 CLAREMONT, NH–This morning (Monday) at approximately 2:25 a.m., a vehicle nearly struck a Claremont Police car on Pearl Street. The officer attempted to turn around and stop the car, but the vehicle was traveling at a high rate of speed and the officer was not able to locate the car but believed it continued either onto Main Street or Sullivan Street. Shortly thereafter, the vehicle passed by another Claremont officer near Industrial Blvd., off Plains Roads, heading towards Maple Avenue. The officer turned around to try to stop the car but by the time the officer came onto Maple Avenue, the vehicle was already out of sight. The officer continued down Maple Avenue and ultimately located the car collided against a house at 79 Maple Avenue on the left side of the road, shortly west of Buena Vista Road. Claremont Fire and EMS were called to the scene.

The vehicle was a 1987 Nissan 300ZX and was heavily damaged. The driver was identified as Louis Gratacos III, age 18, of Claremont, and the lone passenger was Noah Ellis, age 19, also of Claremont. Both the driver and passenger had serious injuries and were transported via Golden Cross Ambulance to Valley Regional Hospital and then to Dartmouth-Hitchcock (Bill Binder photo).