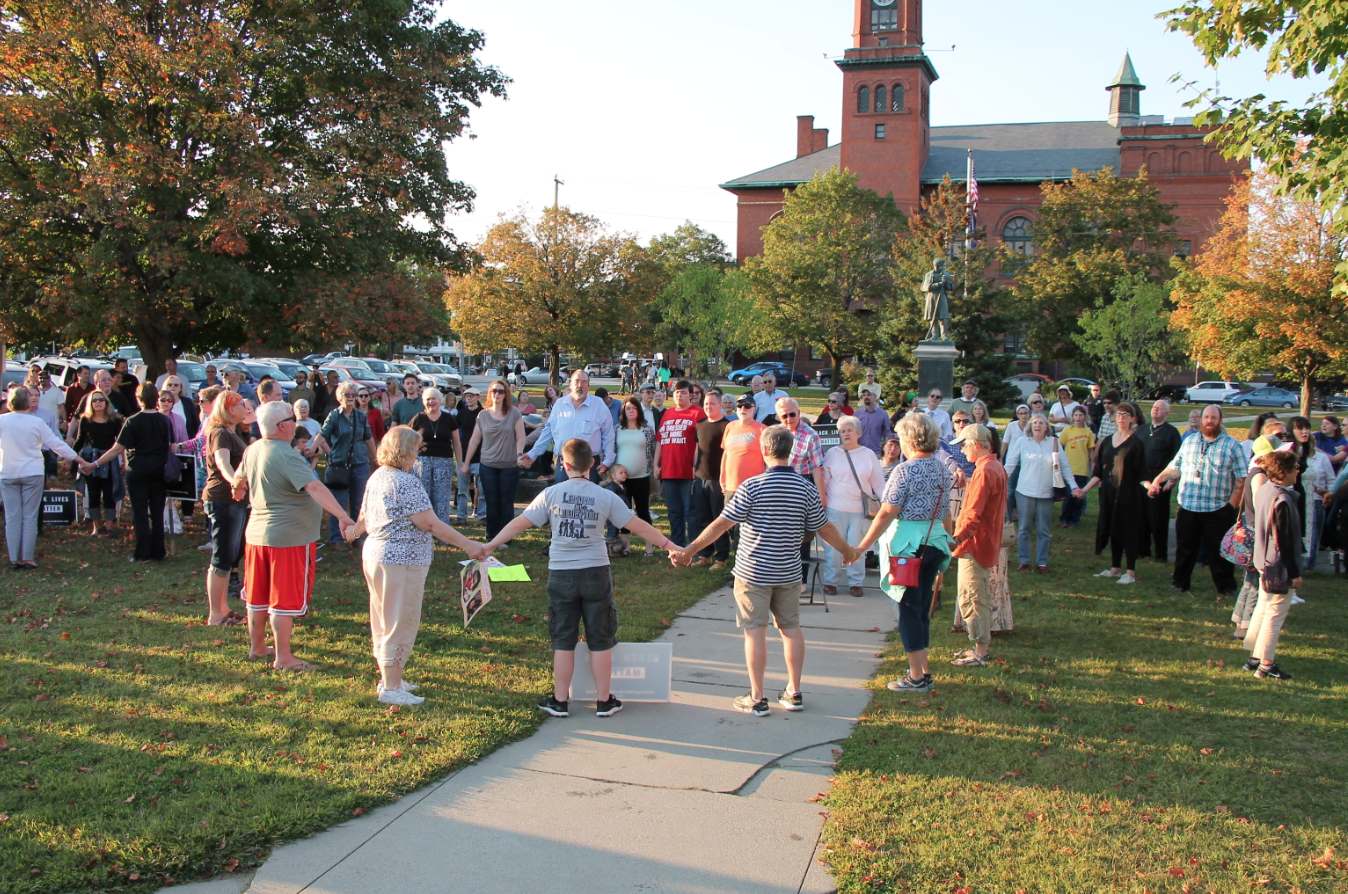 A “Time of Reflection” gathering was held at Broad St. Park Tuesday. People gathered to help begin a dialogue in the community about racism. The event included several speakers, including community and religious leaders, and several minutes of silence for “reflection on the path ahead.” A circle of people holding hands was formed as they sang “We Shall Overcome.” The event was held following a case of alleged racism against an 8-year-old child in Claremont who was injured in what law enforcement and the state attorney general’s office are investigating as a possible hate crime (Bill Binder photo).