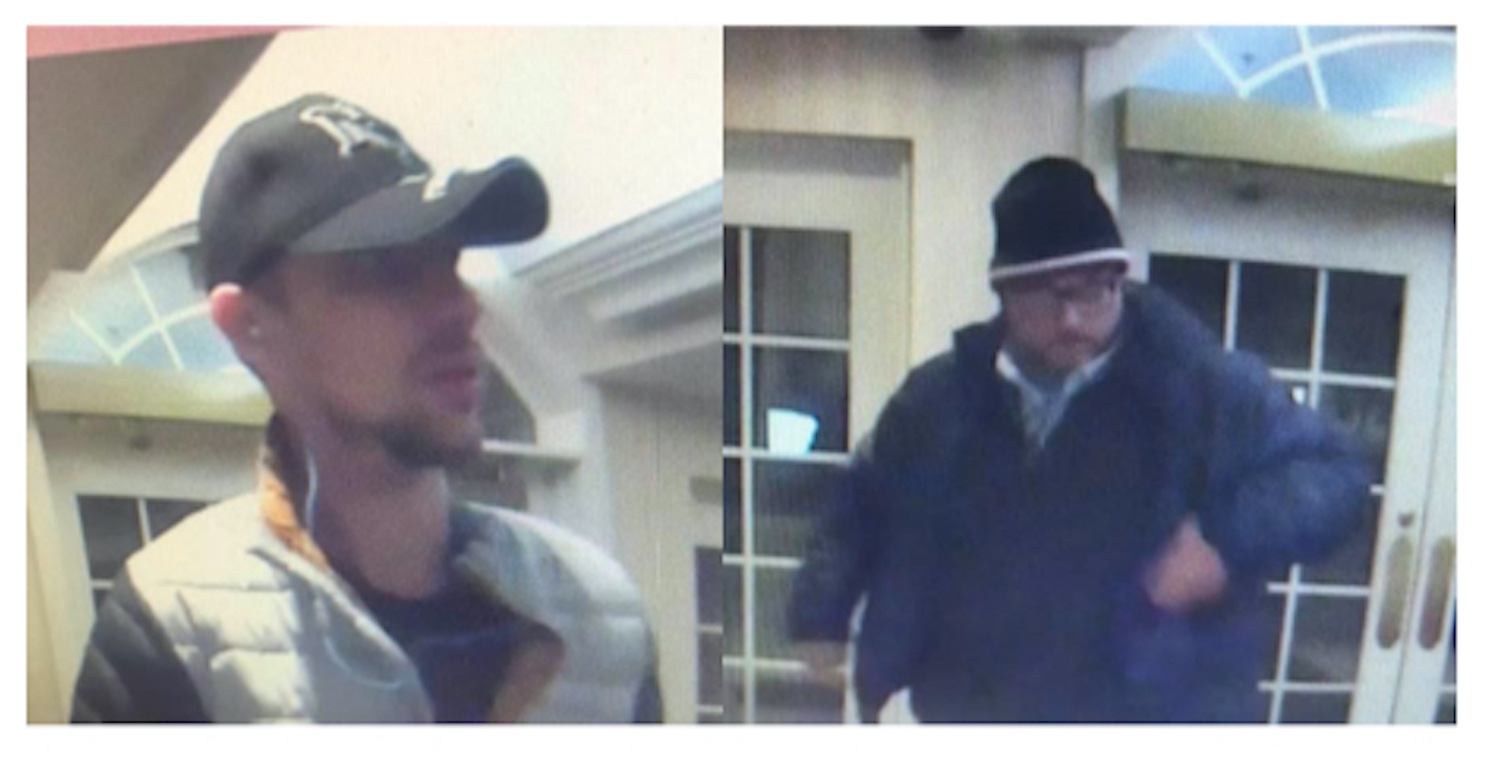 The Claremont Police Department is seeking the public’s assistance in identifying two men seen in the accompanying photograph.

According to Deputy Chief Brent Wilmot of the CPD, the men were allegedly involved in the illegal use of a scanning device at the Claremont Savings Bank ATMs on Broad Street over the holiday weekend. The men allegedly later used the information to make multiple fraudulent withdrawals, totaling a large sum of cash.  The Claremont Police Department is in the process of reviewing surveillance footage from nearby businesses in an attempt to identify individuals or vehicles associated with this matter, said Wilmot.  Further, CPD detectives are following up with other police agencies to see if similar crimes have been reported.

If you are a Claremont Savings Bank customer and notice some unusual activity on your account, please notify the bank or the Claremont Police Department at 603-542-9538, said Wilmot.