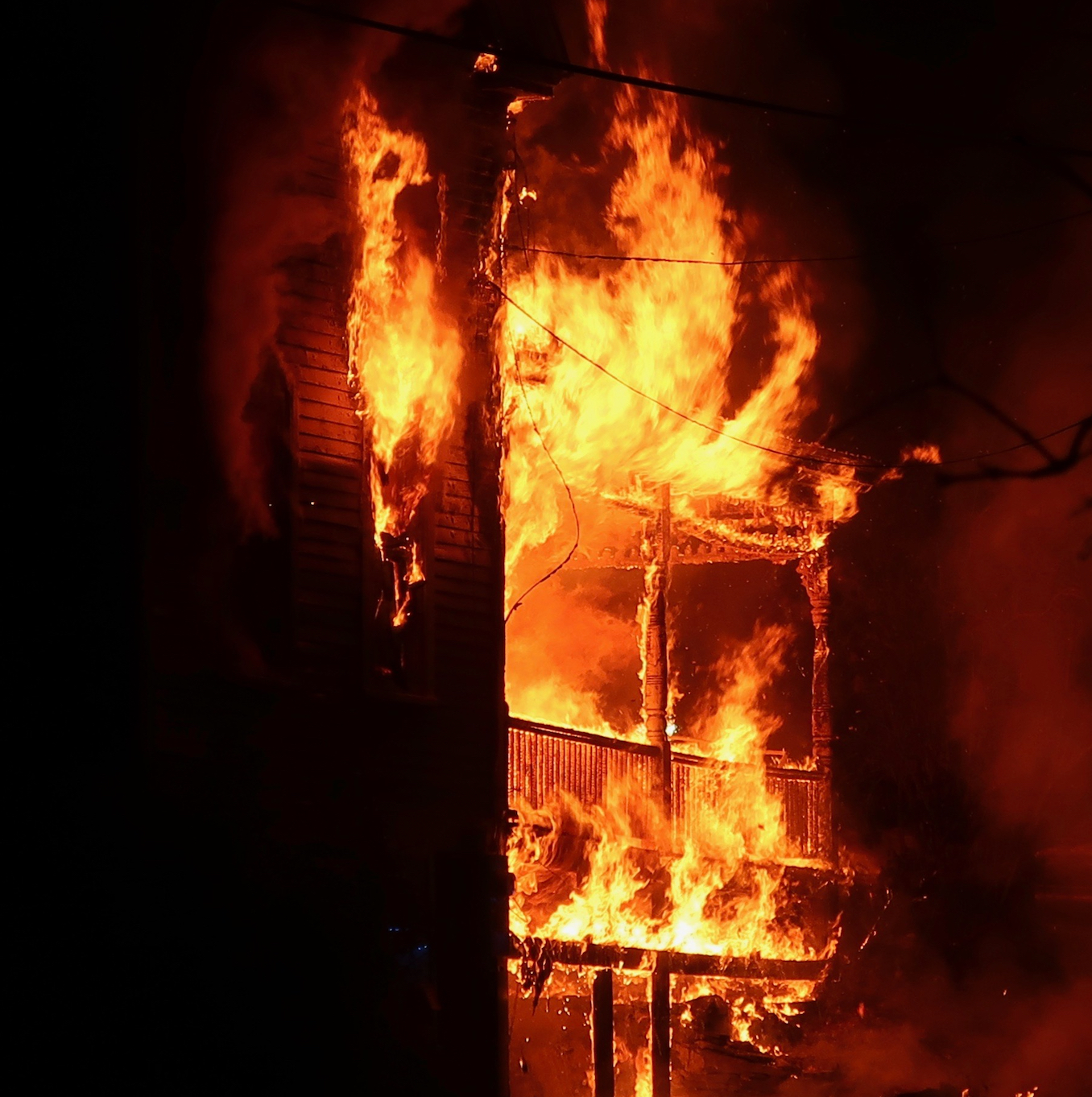 Posted By: Phyllis Muzerollon: May 24, 2020In: Local, News
Print Email

CLAREMONT, NH—The Claremont Fire Department responded, today May 24, to a heavily involved structure fire at 86 Chestnut Street. Claremont safety services were dispatched at 3:07a.m. A general alarm was struck for all personnel to respond. Fire crews were on the scene within two minutes with a complement of two engines and a crew of three.

Ascutney covered the Claremont Station. There were four adults living at the residence at the time, two female and two males. Initial reports indicate all four escaped the fire by jumping out a second story window as the exit was blocked by the fire. All four were transported to Valley Regional Hospital by Golden Cross Ambulance with undisclosed injuries. It appears the fire is accidental and not suspicious.”

Investigators remained on scene at press time, and there was no new information as to the condition of the occupants. It appears there was one working smoke alarm on the second floor at the time of the fire, said Burr.

“We continue to remind and urge everyone to install working smoke alarms on all levels of your home,” said Burr. “They are your first line of defense in the event of a fire in our home.” (Phyllis A. Muzeroll photos).