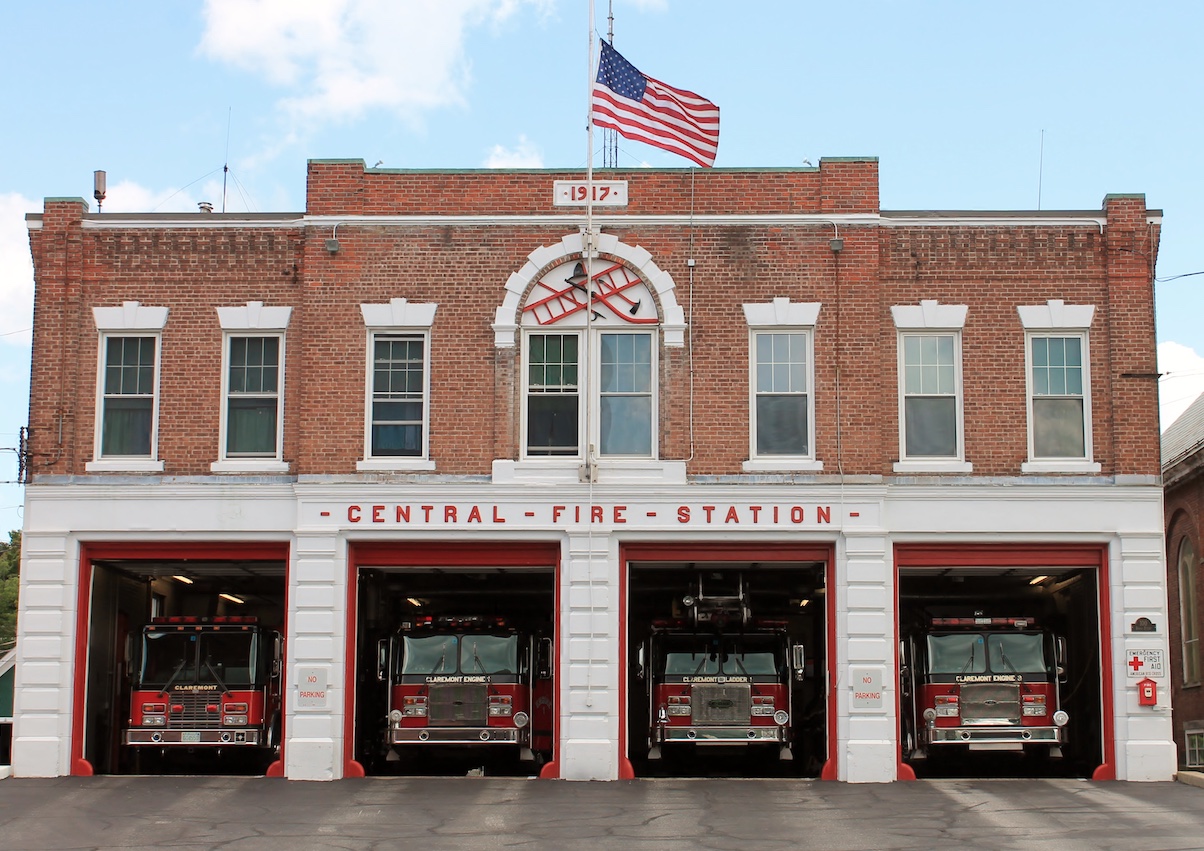 CLAREMONT, NH–The Claremont Fire Department responded to a reported barn fire located at 114 Sugar River Drive this Monday morning. The call was reported to the Claremont Safety Services Dispatch Center at 9:40 a.m. According to Claremont Fire Chief Bryan Burr, “The Initial report from the first arriving Claremont Fire Department units, including Car 1 and Engines 1, 2 and 3, was light smoke conditions coming from the exterior of the barn. The fire was isolated to the interior ceiling. The fire was quickly extinguished but required extensive overhaul and removal of ceiling panels to find and extinguish deep seated embers.”

The fire was reported under control at 10:05 a.m., and all units were released from the scene at 11:46 a.m. The fire was accidental in nature and caused by combustibles and flammables stored too close to a wood-fired furnace which was being used to provide heat to the building, said Burr.

One Claremont fire fighter was sent to Valley Regional Hospital to be evaluated for a minor injury.