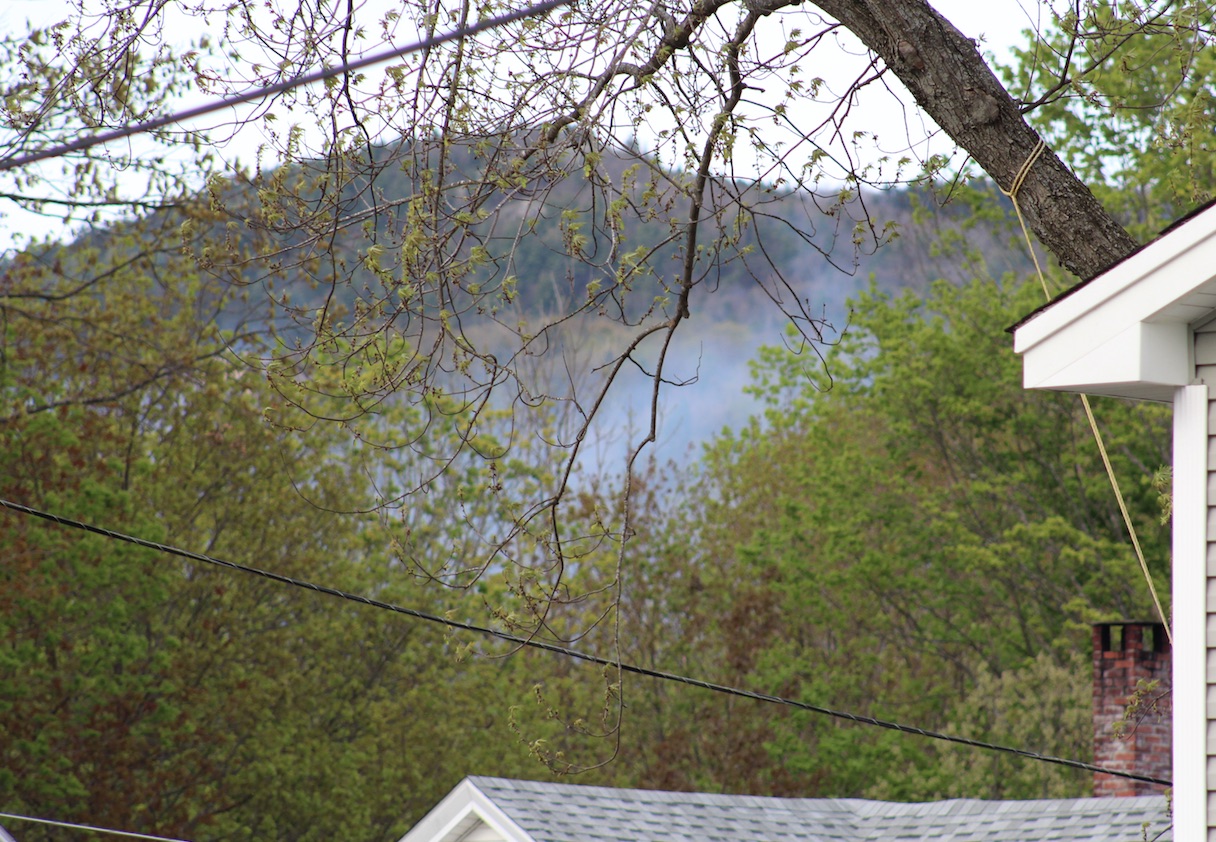 Posted By: Phyllis Muzerollon: May 11, 2018In: Local, News
Print Email

Smoke from the brush fire in Claremont can be currently seen from different parts of the City. (I took this from my yard across town). Location, reportedly between Burger King and Veteran’s Park, making it very difficult for crews to reach. Firefighters are going in on foot with gear.  Fire initially reported to be about two acres (Phyllis A. Muzeroll photo).

UPDATE:  6:00 p.m.:  Fire was reported as knocked down and crews were undertaking an extensive cleanup.