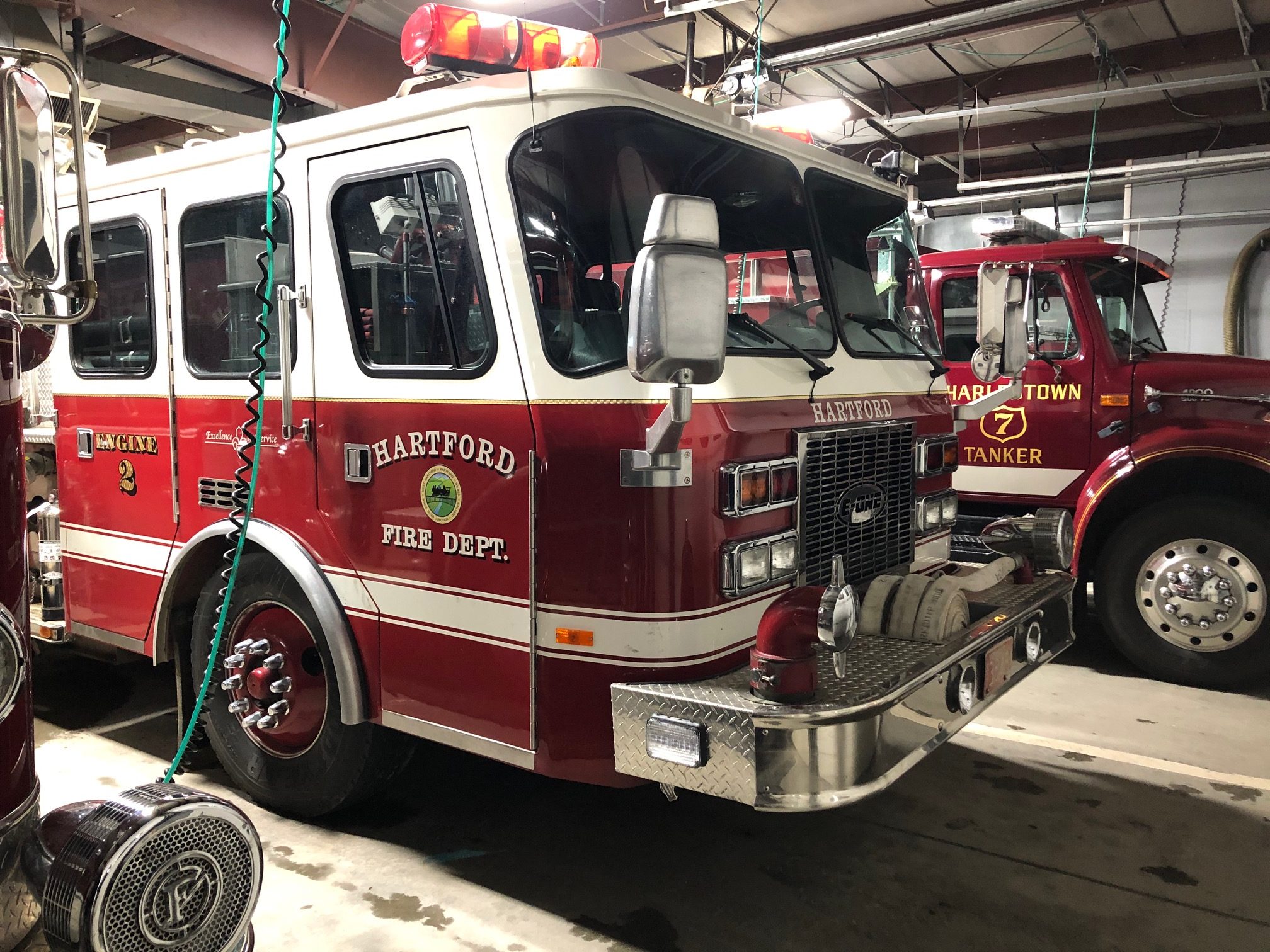 The Hartford, VT, Fire Department offered Charlestown their reserve engine at no cost to the town as a loaner (Courtesy photo).

“A major contributing factor to the train hitting the truck was a seven-to-nine minute delay in the Amtrak dispatch to relay the stop the train message to the train,” said Amy Rumrill of the Charlestown Fire Department. “The train made impact with the truck at a speed of approximately 75 mph. On this stretch of tracks the train is cleared for speeds of up to 80 mph. The train had seen that there was something on the tracks and had engaged its emergency braking at the time of impact. When the train hit the truck, it caused a debris field. This debris then made impact with Charlestown Engine 1, causing damage to the front of the engine.”

Despite the seriousness of what happened that night, generosity has stepped forward to help out.

“The upside to this story is the true brotherhood of the Fire Service,” said Rumrill. “With the assistance of Upper Valley Mutual Aid Association and Ascutney Fire Chief, Darin Spaulding, there was a loaner truck found for Charlestown Fire Department to use. The Hartford, VT, Fire Department offered Charlestown their reserve engine at no cost to the town as a loaner while the damaged engine is being repaired. A well deserved thank you goes out to Hartford, VT, Fire Department and everyone else involved in helping us get an engine to use in our time of need.”