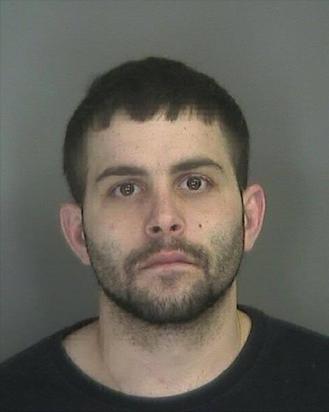 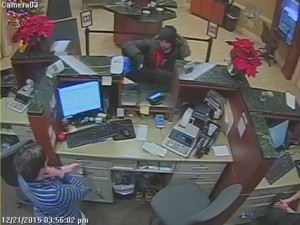 A surveillance photo from the Heritage CU robbery in Ludlow was released by law enforcement.

On December 27, at approximately 3:00 a.m., Matthew Martin, 31, surrendered himself to the Vermont State Police without incident. Martin was wanted on
several warrants in both Vermont and New Hampshire. Vermont State Police was assisted by officers of the Weathersfield Police Department.
On December 21 at approximately 4:00 p.m., the Vermont State Police and Ludlow Police responded to the Heritage Family Credit Union at 198 Main Street in Ludlow for a reported bank robbery. Based on the security camera video and statements from witnesses the suspect was identified as Martin. During the robbery the suspect displayed a black handgun and left on foot out the front door with an undisclosed amount of money. At the time, Martinʼs direction of travel and whether a vehicle was involved in his escape were unknown.
At the time of his arrest, there were active arrests warrants for Martin in Vermont and New Hampshire in relation to other armed robbery charges; he is the suspect in the recent Mascoma Bank robbery in Charlestown, NH, and another in Loudon, NH.