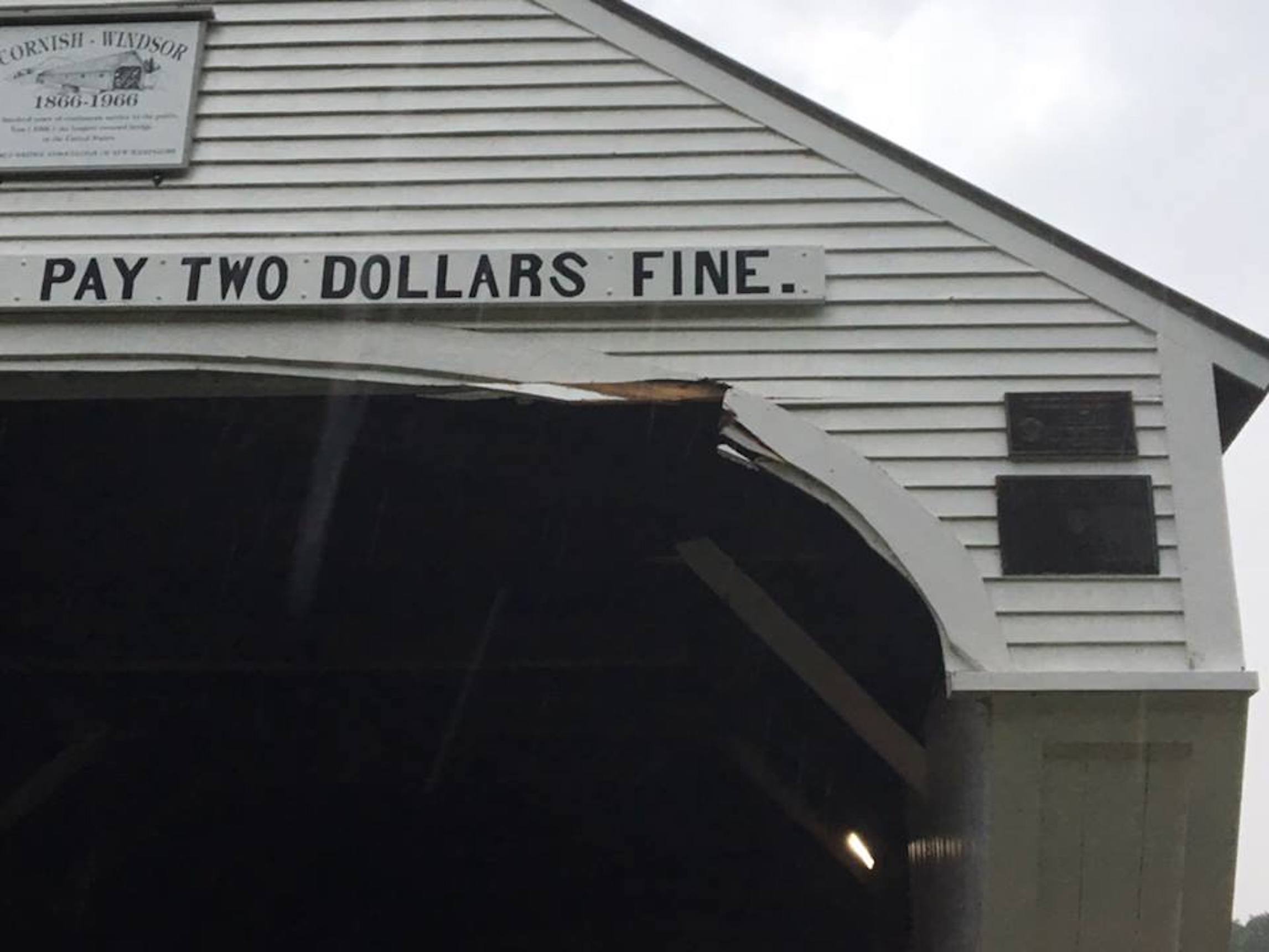 Arrest Made in Latest Case involving Damage to Cornish-Windsor Bridge

CORNISH, NH—On Aug. 7, at approximately 3:00 p.m., Troopers from NHSP- Troop-C were dispatched to a call regarding a box truck that struck the Cornish-Windsor Covered Bridge on Route 12A in Cornish and left the scene.  Upon arrival at the scene, Trooper Edward Horton observed minor damage to the face of the bridge and minor scuffing on support beams inside the bridge.  The bridge was closed briefly and inspected by the Cornish Fire Department. Once it was confirmed that no structural damage occurred, the bridge was re-opened for vehicular traffic.  A witness at the scene was able to obtain a license plate for the box truck which was found to be a rental.  Through a brief investigation, the driver of the box truck was found to be Tymon Teichroeb, 24, Albany, OR.

An arrest warrant for Conduct After an Accident was obtained for Teichroeb and he subsequently turned himself in on Aug. 12. Teichroeb was released on $2,000 personal recognizance bail and provided with a Claremont District Court date of September 17th.  State Police was assisted by Claremont Police Department, Plainfield Police Department, Cornish Fire/Rescue and NH DOT.

This is the second time in less than a month the historic Cornish-Windsor Bridge has been struck by a large truck attempting to cross the bridge that is clearly marked maximum height of 9′ 2″ . The NHSP would like to remind all operators to “be careful when trying to enter a covered bridge in a large vehicle or truck.”