Posted By: Phyllis Muzerollon: May 12, 2016In: Regional
Print Email

On May 11, 2016 at approximately 7:42 p.m., Trooper Ryan St. Cyr was monitoring southbound traffic on I-89 in New London when he clocked a 2015 Kia sedan traveling 120 MPH. The operator did not stop and a pursuit ensued south on I-89. A trooper on I-89 in Warner utilized a controlled deflation device to puncture one of the Kia sedan’s tires. The suspect pulled over a couple of miles later where he was taken into custody without incident. 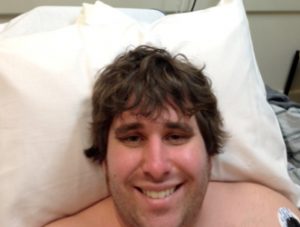 The driver was identified as William Cole, 25, Kattskill Bay, NY. Cole is being charged with the following offenses: Disobeying a Police Officer, Reckless Driving, Reckless Conduct, Driving Under the Influence of Drugs. He was transported to the Concord Hospital as a safety precaution due to a suspected impairment issue involving drugs. The investigation is on-going and bail has not been set yet at the time of this writing.

The State Police were assisted by the Sutton and New London Police Department’s.