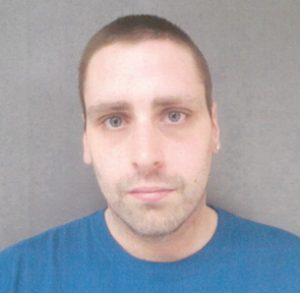 CLAREMONT, NH–On June 19, the Claremont Police Department responded to Hannaford Supermarket on Washington Street for a reported robbery in the parking lot of the store. On arrival responding officers spoke with the victim and witnesses.   The responding officers learned that the victim had her purse forcibly taken from her while she loaded her recent grocery purchases into her vehicle. The suspect then fled west on foot through business parking lots. Responding officers collected information about the suspect involved from the victim, witnesses, and surveillance cameras in the area. Ultimately, the suspect was identified as Brenden Harriman, age 18, from Lebanon, NH, who was arrested on Jun 22.

The investigation revealed that Jeffrey Patterson, age 27, from Plainfield, NH, was an alleged accomplice to the robbery. Patterson was arrested today, July 12, in Springfield, VT, by the Springfield Police Department.  Patterson was subsequently held at the Southern State Correctional Facility as a fugitive from justice.