2nd Arrest Made In Connection With Charlestown Home Invasion

CLAREMONT, NH–Sarah Carr, 35, Claremont, was arrested today by members of State Police, Troop C, with assistance from the Claremont Police Department, in connection with the May 2015 Charlestown home invasion. She is being charged with Conspiracy to Commit Receiving Stolen Property. Carr is the wife of Jeffrey Buzzell, who was arrested last month on a similar charge, and who is being held for lack of cash bail at the Sullivan County House of Corrections. 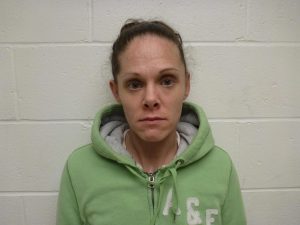 Carr is being held without bail and will be arraigned in the Newport District Court on Friday, July 8.